Hello Dear Forum Members,
I switched to iPhone yesterday and started researching without waiting.
I wanted to share what I learned with you. Let's see what I learned;
​
Today, most people use
Even if the iOS operating system was first released for the iPhone
Used in iPod touch and iPad and from 2007 to 2010
It was called "iPhone OS" (derived from MAC OS X).


IOS itself is divided into 4 parts. If we list these sections,
these ; CORE OS layer, Core Services layer, Cocoa Touch and Media layer.​
CORE OS layer: 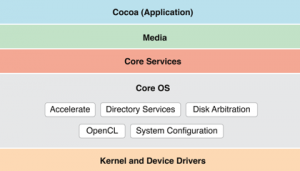 IOS itself is divided into 4 parts. If we list these sections,
these ; CORE OS layer, Core Services layer, Cocoa Touch and Media layer. 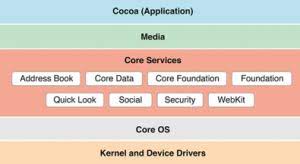 Another name is the core service. Because the file and
It provides basic services of applications. Has no direct effect on the user interface. Built-in device in the kernel
It also provides support for drivers and other kernel extensions.
Since it is an important layer, let's talk about some technologies in this layer.

Gatekeeper : Any app other than apps published on the App Store
prevents it from loading. Signed with a Developer ID
Allows apps to be downloaded. Of course, we know the solution to this, it's risky.
but we can download applications that work for us.

App Sandbox : When any malware , app or otherwise threatens our device
is our steel armored wall that comes into play. Applications are very good with the system.
detects permission requests and allows you to grant the necessary permissions.

Code Signing: With the code signing technology, by whom the applications
finds that it is done and certificates it. If the application we downloaded is code signed, our system applications
changes can be detected. In this way, it is understood before the operation that it is an error or bad (malicious) code.

Cocoa Touch Layer :
Plays application development role for iOS and OS X. Written in Objective-C and on Our Device
Allows the use of hardware or features that are not available .


Medya Layer :
Libraries built on sound
is our layer (OpenGL ES and OpenAL etc.).
We can say that the answers to all our questions about the video are available in this layer.
Optimize 2D and 3D graphics, visual effects, audio and video features.
It is useful for injecting high quality application.